Add To Cart
Shop Parts For Your Vehicle
View The Exhaust Systems Collection View Collection
Limited Time Offer
You have qualified for a 10% discount on your order. Act now, this offer ends in 24 hours. Banks Power's diesel product line is just for pickup trucks, right? Not anymore. Our approach to diesel performance is 100% applicable to just about any diesel application. If you're looking for power and mileage enhancement for your Volkswagen Jetta TDI sedan or TDI SportWagen, the all new Banks 3" stainless steel Monster Exhaust system is just what the doctor ordered. Featuring Banks' signature quality, construction, and perfect direct-replacement fitment, Monster Exhaust is an extremely simple and economical way to kick up your driving pleasure.

Your factory exhaust system does you no favors. It's too small, too restrictive, and leaves way too much potential performance on the table. Not to mention fuel economy. The Banks Monster exhaust system delivers what you deserve. A free breathing, restriction-free, system that makes your Jetta quicker, more powerful, more fuel-efficient, and lots more fun to drive! Monster Exhaust comes complete with all necessary mounting hardware, easy-to-follow instructions, and even includes a distinctive 3.75" X 4.5" "obround" tip in your choice of polished chrome-over stainless or high-temp black. Get whichever one you think would look best. 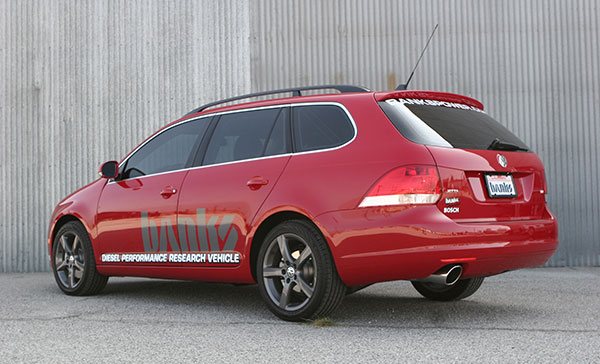 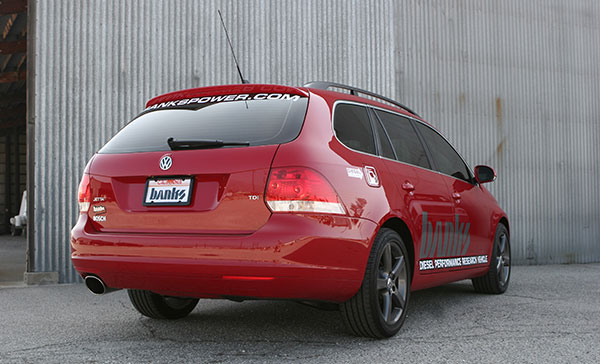 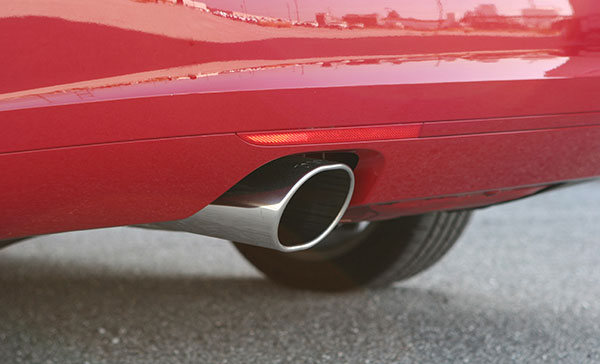 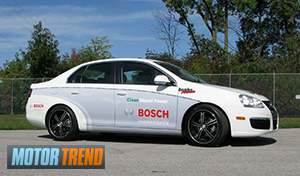 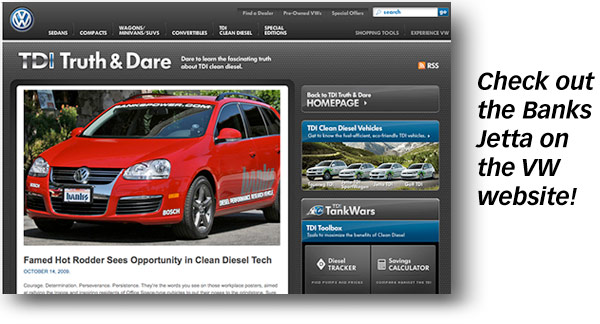 Courage. Determination. Perseverance. Persistence. They're the words you see on those workplace posters, aimed at rallying the troops and inspiring residents of Office Space-type cubicles to put their noses to the grindstone. Sure they're heavy on the cheesy factor, but the message they convey is behind the success of every world-class athlete and Fortune 500 company. No framed "Complacency" posters in these halls.

That refusal to find satisfaction with the status quo is behind the development of all Volkswagen products, and it inevitably leads to one question: What if...? As luck would have it, one of the most respected members of the aftermarket community shares that same mindset, and he's crazy about diesels.

His name is Gale Banks, founder of Gale Banks Engineering. We recently had the opportunity to sit in on a discussion between Banks and the automotive press, and came away with a genuine hot-rodder's perspective on the future of clean diesel engines and fuels. 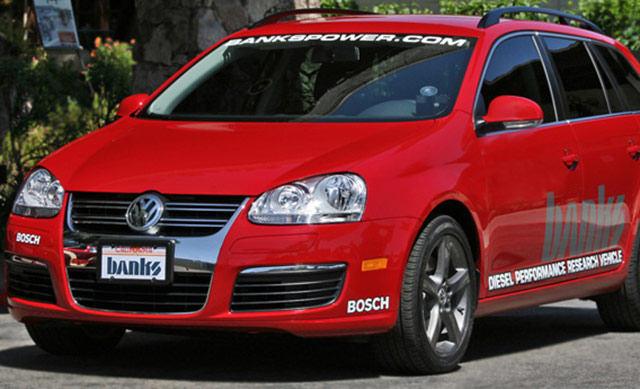 About Gale Banks
Gale Banks has had a lifelong love affair with the internal combustion engine, from tearing apart his first engine at 14 years old to currently researching aftermarket applications for Volkswagen's 2.0-liter turbocharged clean diesel offering. His work is complex, yet his goal is simple: Improve fuel economy and performance.

Clean Diesel Technology Today and Tomorrow
"It's time to change your minds about diesel, folks. It's clean." It might seem odd for Banks to make that statement to a roomful of knowledgeable automotive journalists, but it's a message that bears repeating. With a stake in different manufacturers' programs, not to mention his own product line, Banks has reason to promote diesel development, but what he envisions for the future differs significantly from what we drive today.

Current diesel-powered passenger cars, like the Jetta TDI and Golf TDI, offer outstanding torque and plenty of usable horsepower. That abundance of torque requires some beefy components to handle internal stresses; Banks sees an opportunity to develop a low-mass (engine weight relative to horsepower) diesel that generates more horsepower and, therefore, can reach greater speeds. It's an idea more applicable to his dragsters than the Jetta SportWagen, but such advances would likely make their way into our daily commuters. 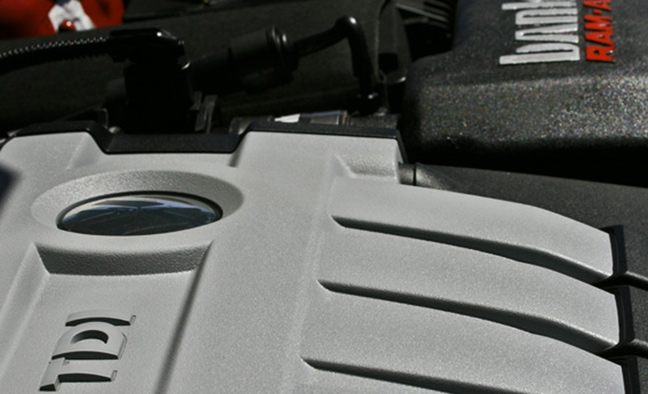 Thanks in part to the distribution of Ultra-Low Sulfur Diesel (ULSD) fuel, all new Volkswagen TDI models meet stringent air quality standards set for all 50 states, but so-called second-generation biodiesel is quickly making a name for itself.

One type is cellulosic, which can be created from agricultural byproducts, wood chips, and other non-food materials. The second centers around the use of algae. Yes, that slimy green goo that grows in your pool is actually largely comprised of lipid oil; ExxonMobil and Chevron are just two companies heavily invested in its development as an alternative fuel source.

Finally, there's the approach being taken by Valero, an energy company that has partnered with a food byproduct recycling company to build a renewable diesel fuel refinery.